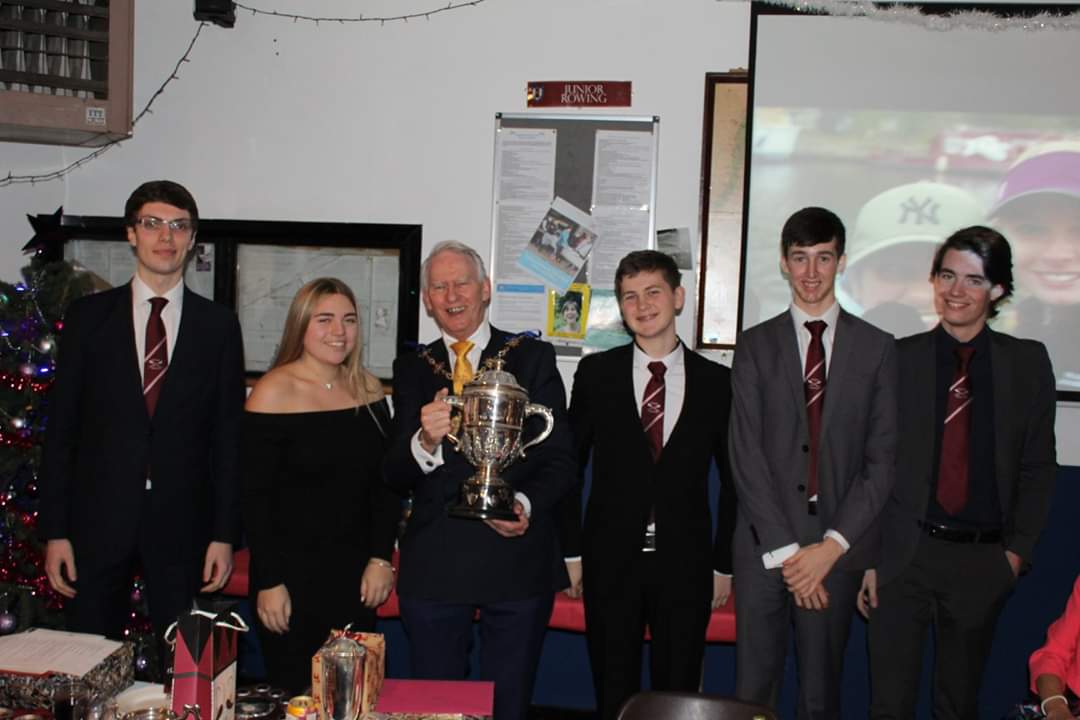 On Saturday 8 September members of Gravesend RC were joined by the Mayor of Gravesham to celebrate a successful year both on and off the water. After a round up of the year, the Mayor handed out prizes to members who had been successful both in boats and on ergs, as well as the captain’s special awards for exceptional contributions to the rowing club.

2018 has been a very busy year for us. On the water, we have entered 80 crews into 10 races, from local races such as Lea and Danson to national events such as the Fours Head, with 12 crews winning this year. We also sent a crew to the Junior Inter-Regional Regatta for the first time, and hosted the first Danson Dashes regatta alongside Erith Rowing Club. Thanks to grants from Gravesham Borough Council we have been able to refurbish some of our equipment, with a new set of quad riggers for Eric Lupton bringing the number of coxless quads up to two, new shoes for most of our older boats, and a new set of sculling blades for our senior men’s crew. We have also purchased an eight (renamed Neptune) from Bewl RC, which had its first outing the week before the Presentation Dinner, and thanks to the Rowing Foundation have ordered a new double for our juniors (to be named Pocahontas), to be delivered in the new year. Off the water, we have purchased four new rowing machines, continued to host the North West Kent Schools Indoor Rowing Competition, and continued the work of insulating the boathouse following substantial damage to one of the walls after a car drove into our building. The Captain thanked everyone who had supported the Club throughout the year.

The Mayor and Captain presented awards to:
Caitlin Page – the Trowbridge Shield for the fastest lady in a single
Matthew Johnson – the Lewis Cup for the fastest man in a single
Sandy Johnson – the Mileage Shield for highest rowing mileage
Sandy Johnson – the Johnson Mileage Cup for the highest coxing mileage
Nathan Hart – the Junior Mileage cup for the highest junior mileage
Joseph Hinks – the Gray Cup for highest novice mileage
Amir Ben-Romdhane and Ethan Page – the Jubilee Cup for senior pairs
Sam Smith and Joe Williams – the Johnson Cup for novice pairs
Ivan Powell – the Keith Johnson Shield for a non-rowing supporter of the Club
Jess Langan, Matthew Johnson, Nathan Hart and Ellie Bratton – the Scratch Racing Challenge Cup for the crew with the highest number of scratch racing points
Henry Parrish – the Ergo Shield for the man with the fastest 2k time
Hope Farquhar – the Ergo Shield for the lady with the fastest 2k time
Gary Mayatt – the Lady Murray Cup for an individual, chosen by the Captain, who has made an exceptional contribution to the Club
Caitlin Page, Amelia Page, Alice Davies and Jess Langan (cox Stephie Santhiapillai) – the King Cup for senior ladies’ fours
Joe Williams, Nathan Hart, Sam Smith and Liam White (cox Hope Farquhar) – the Goldsmith Cup for senior men’s fours
Elizabeth Berwick, Hannah Miles, Katherine Jeal and Laura Eves (cox Hope Farquhar) – the Junior Fours cup
William Nunn – the Caitlin Page Going for Gold Cup for the junior with the highest percentage gold score

The Captain also announced that Sue Beecham was to be made a Vice President, in recognition of many years’ service to the Rowing Club. 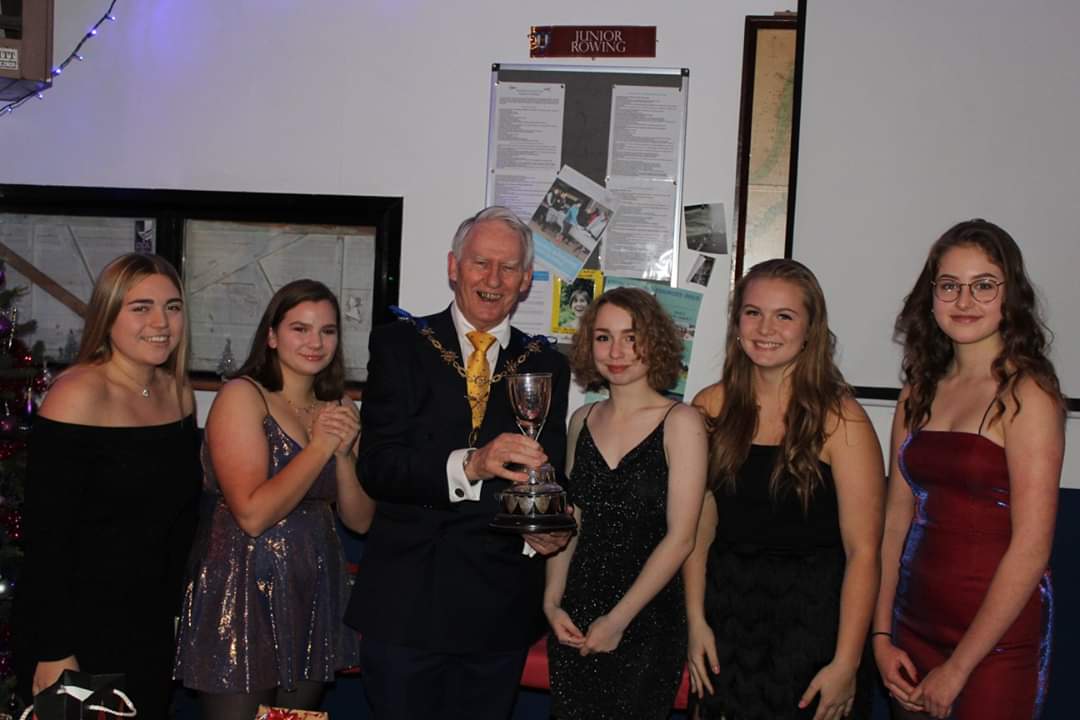 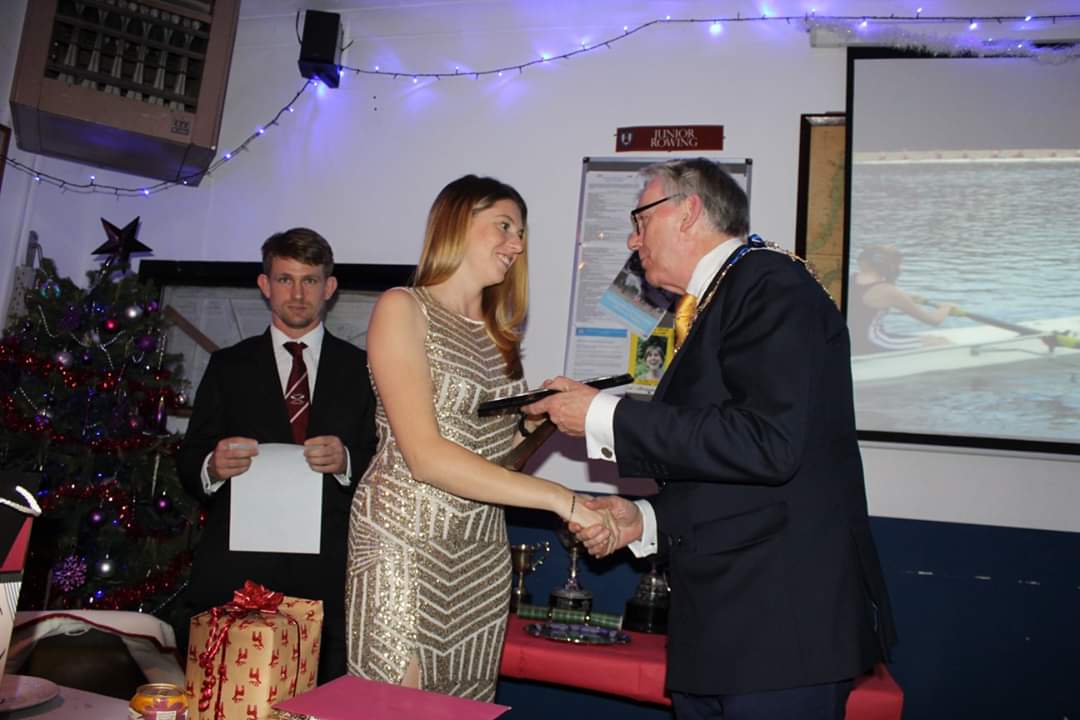 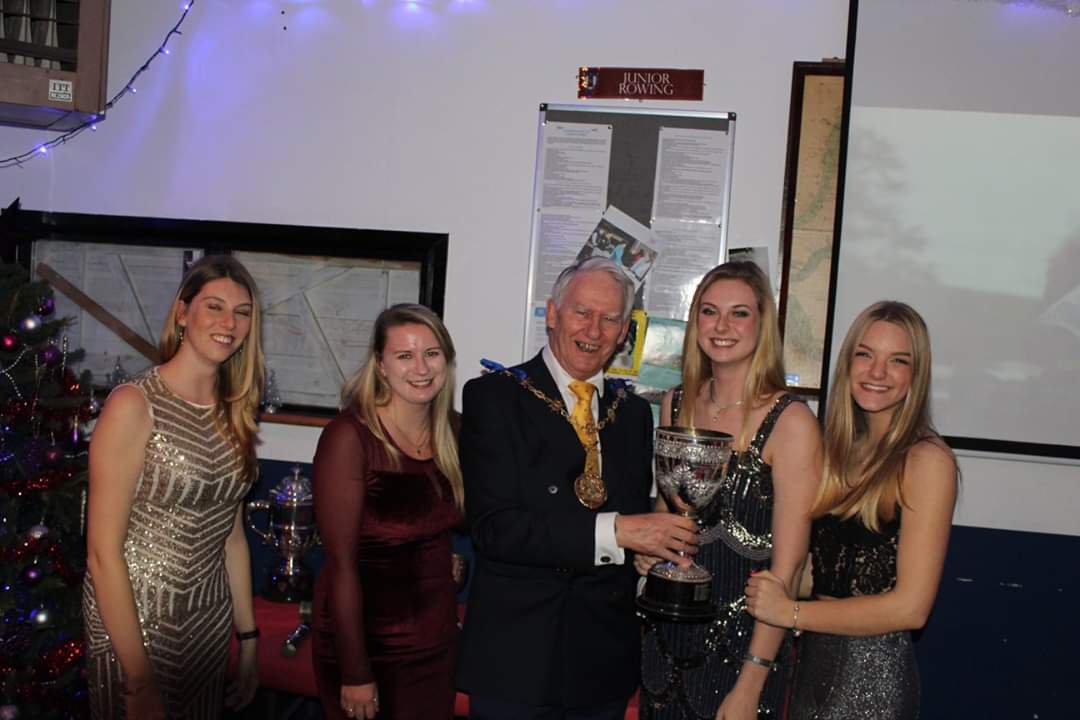 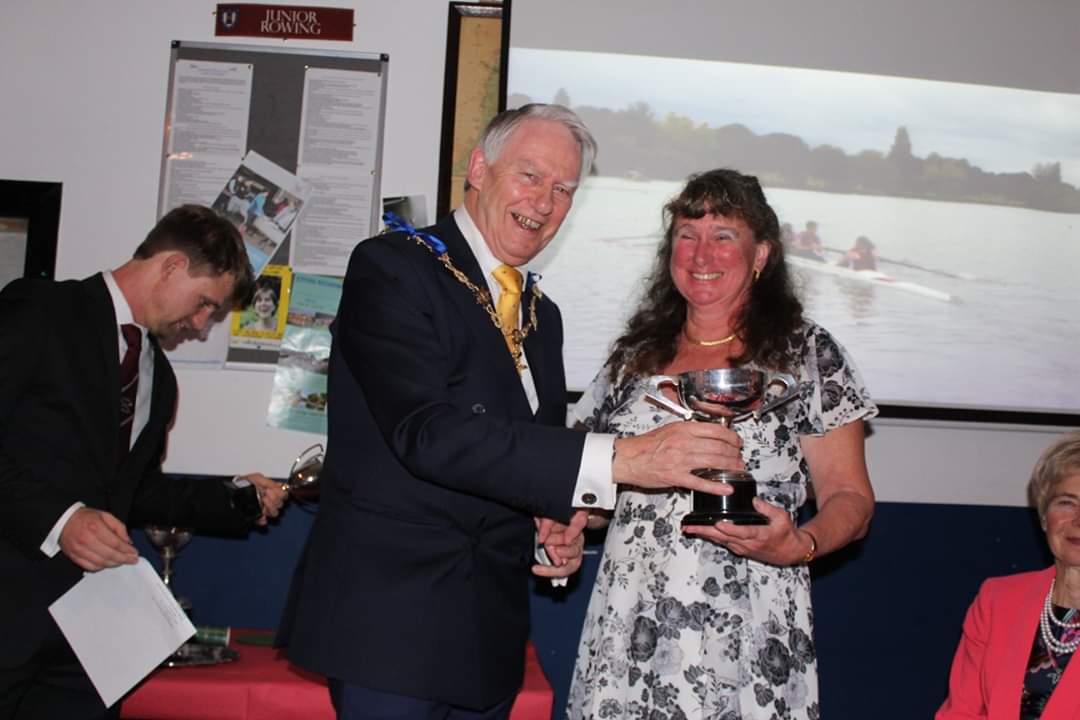 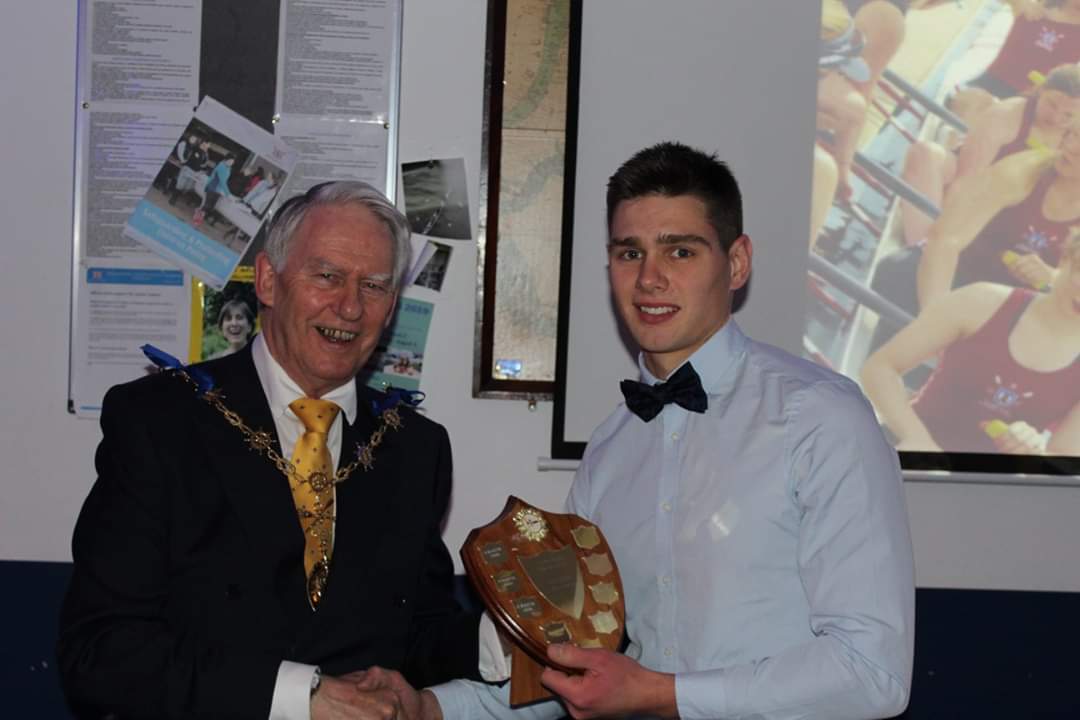 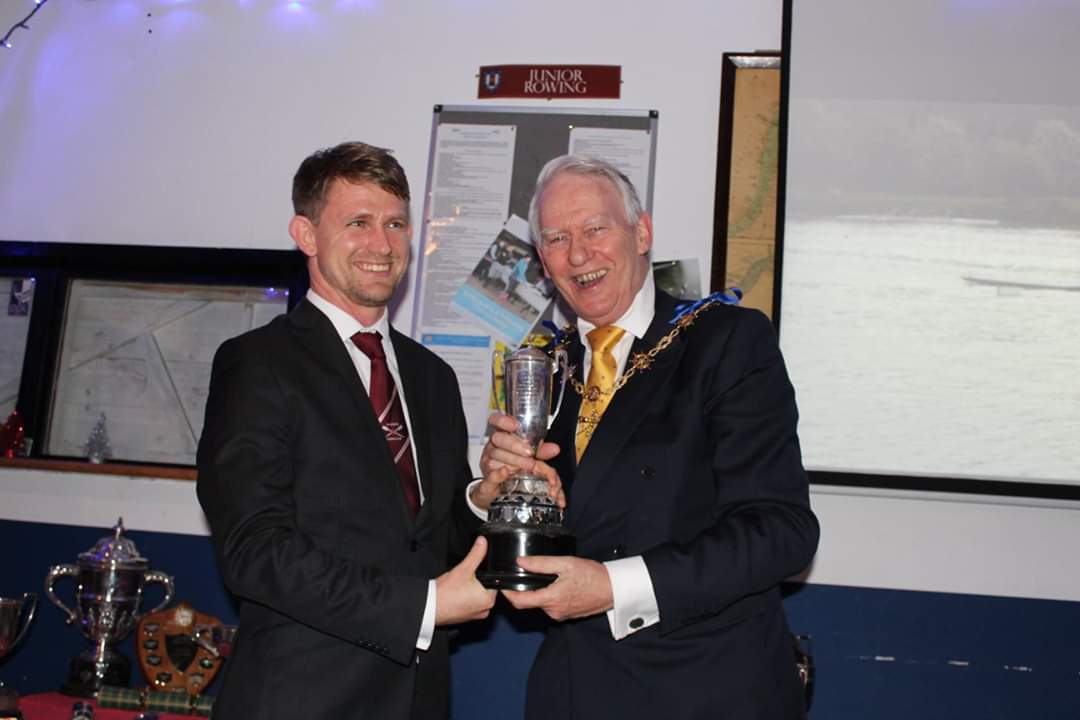 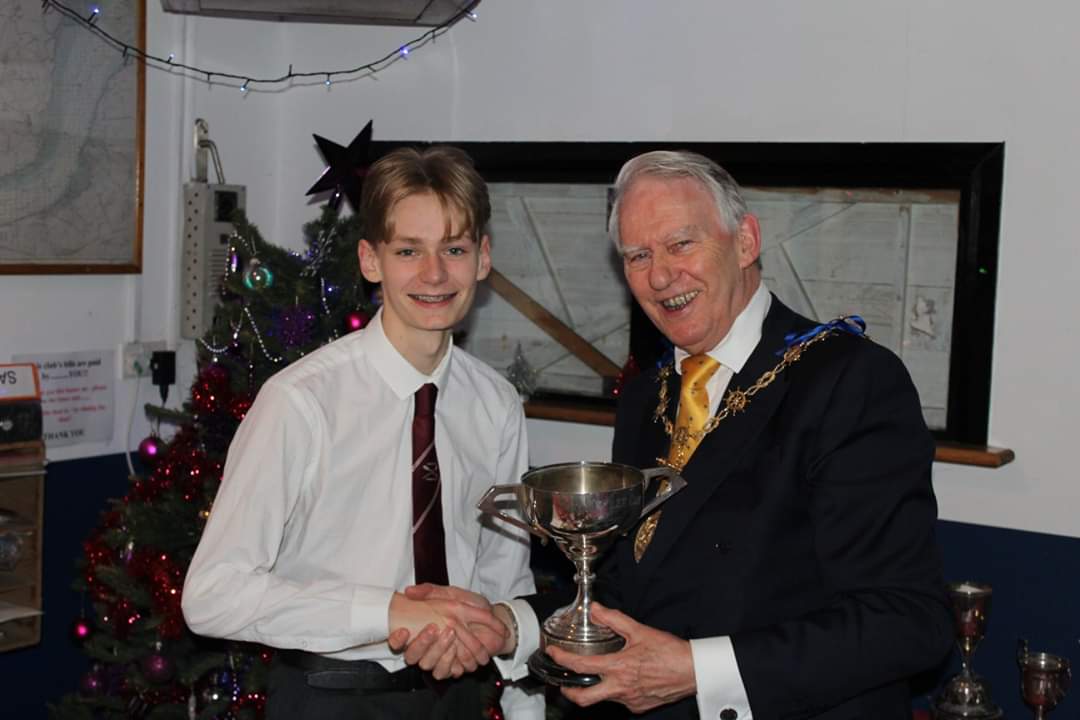 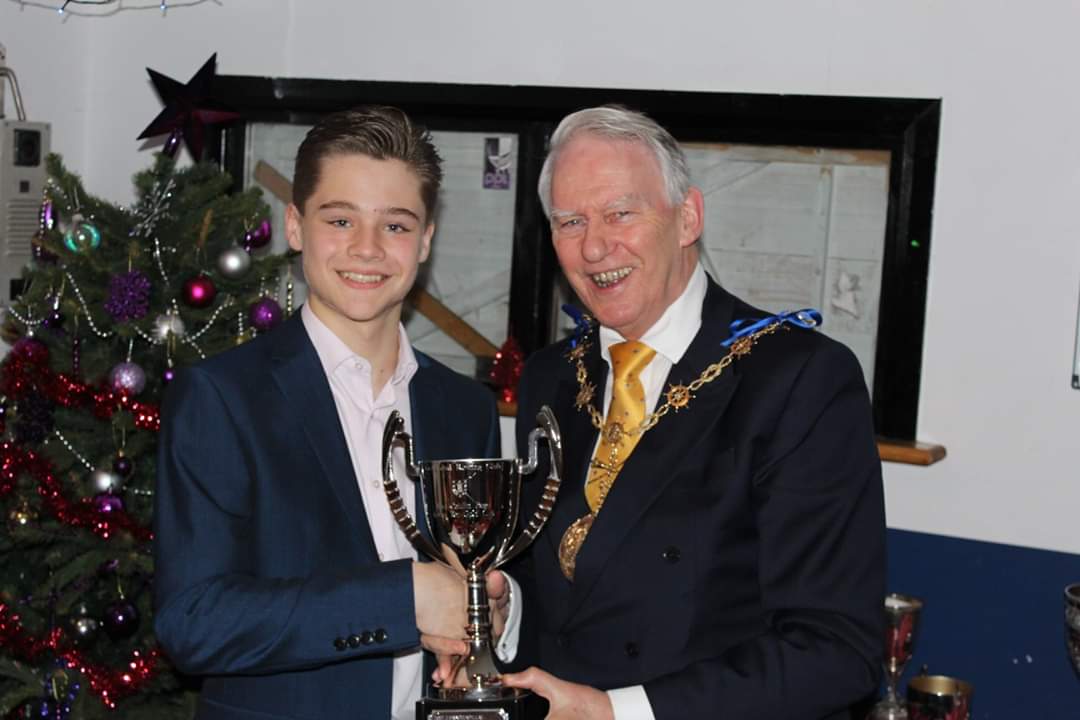 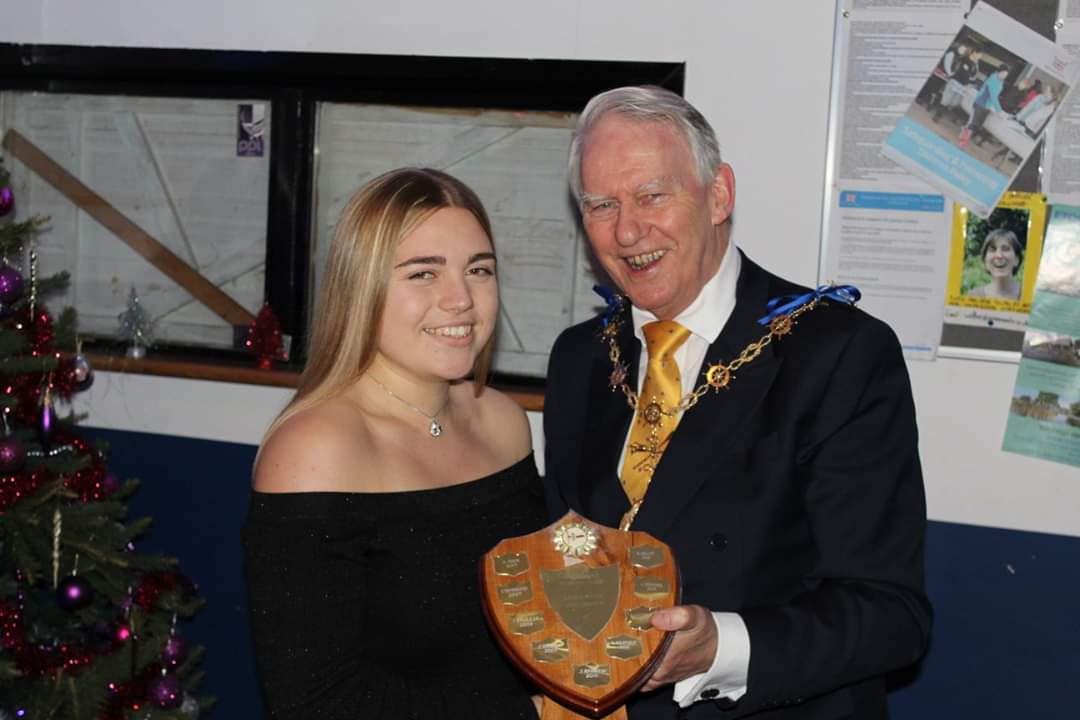 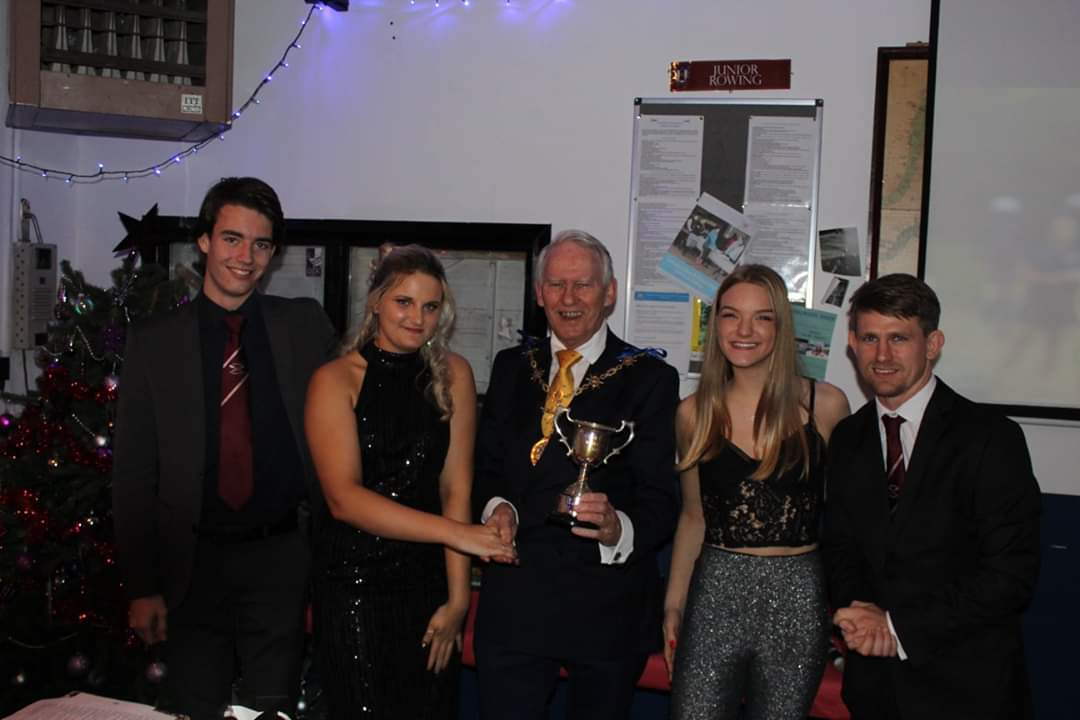 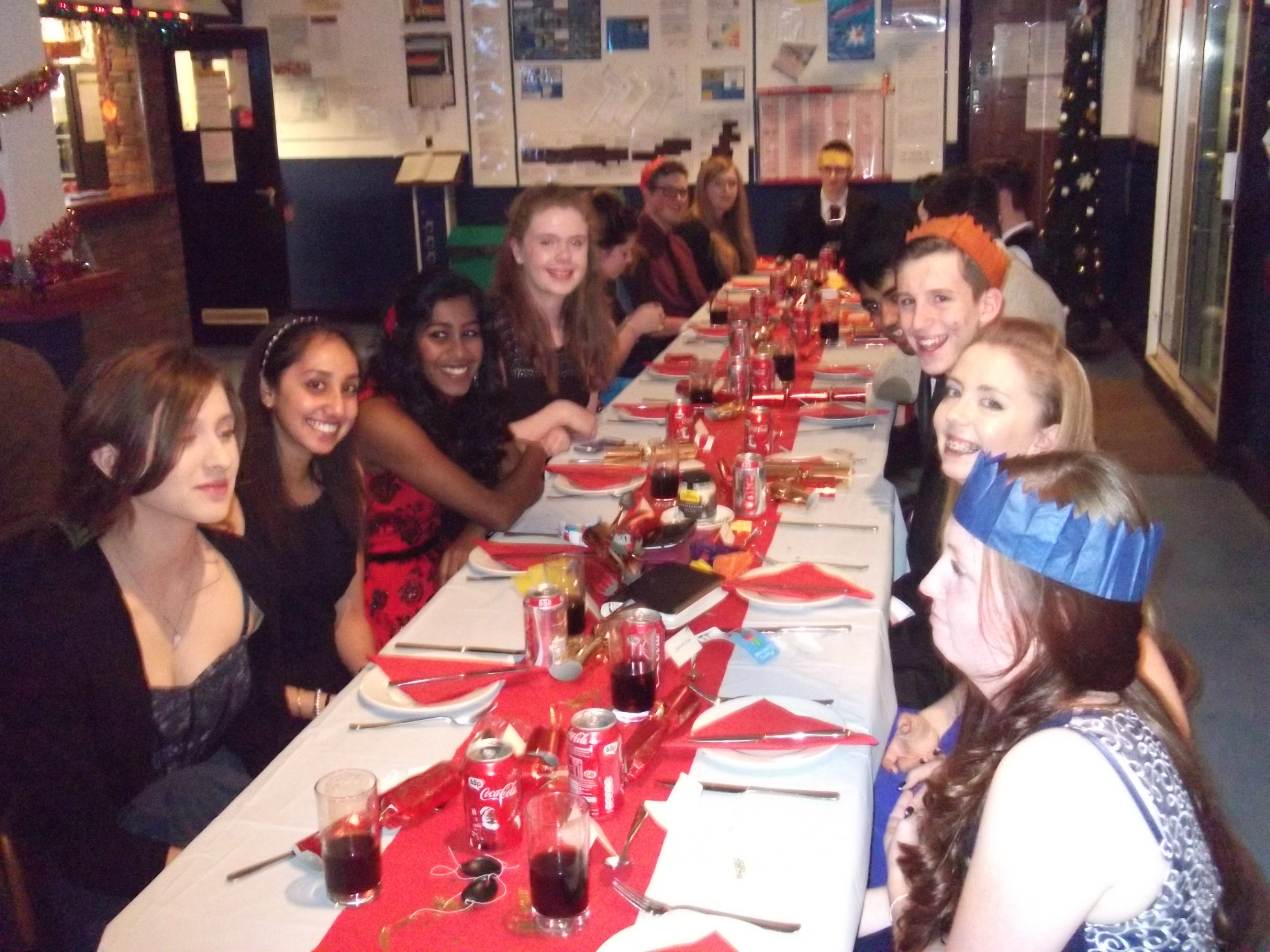 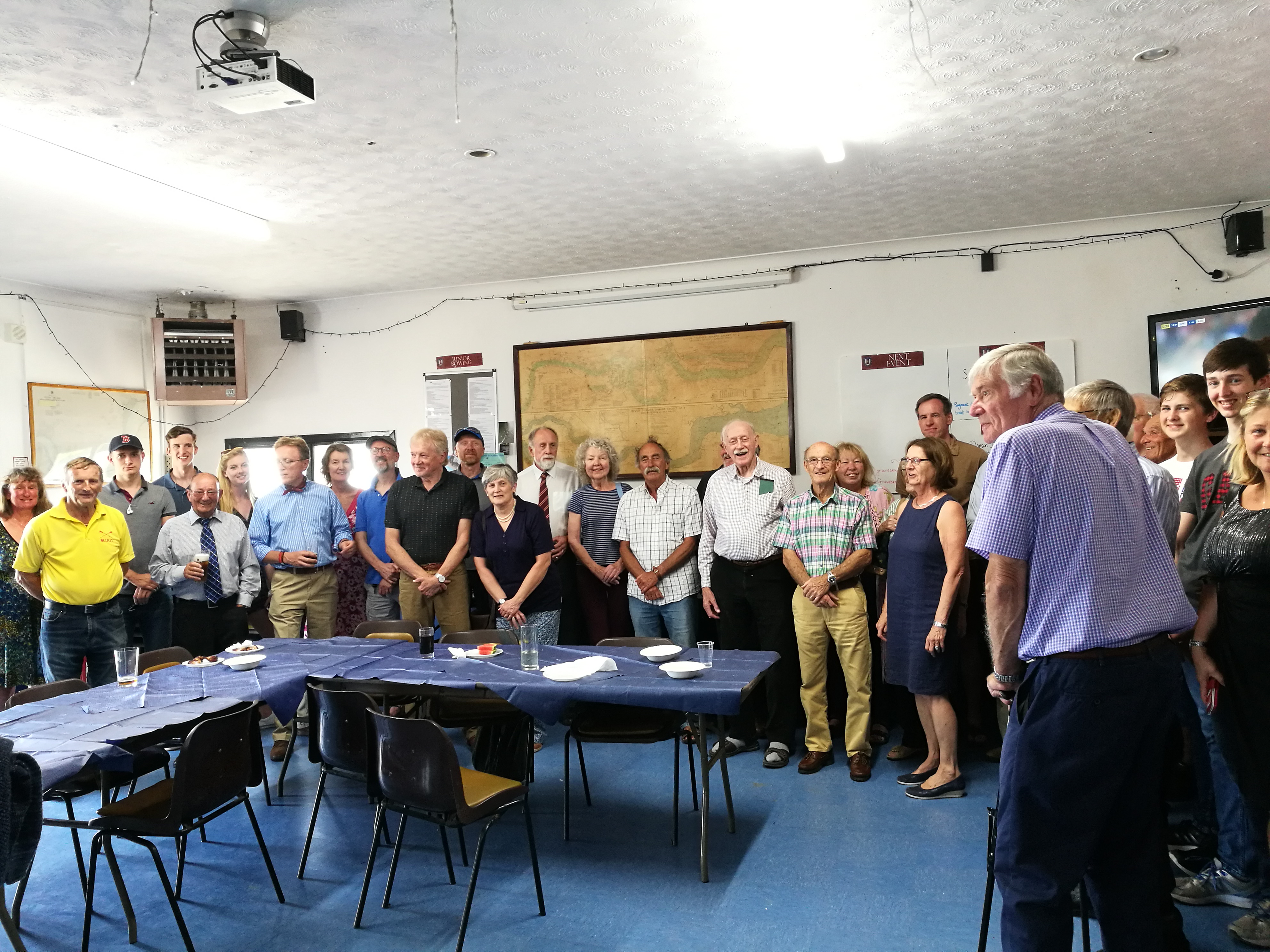 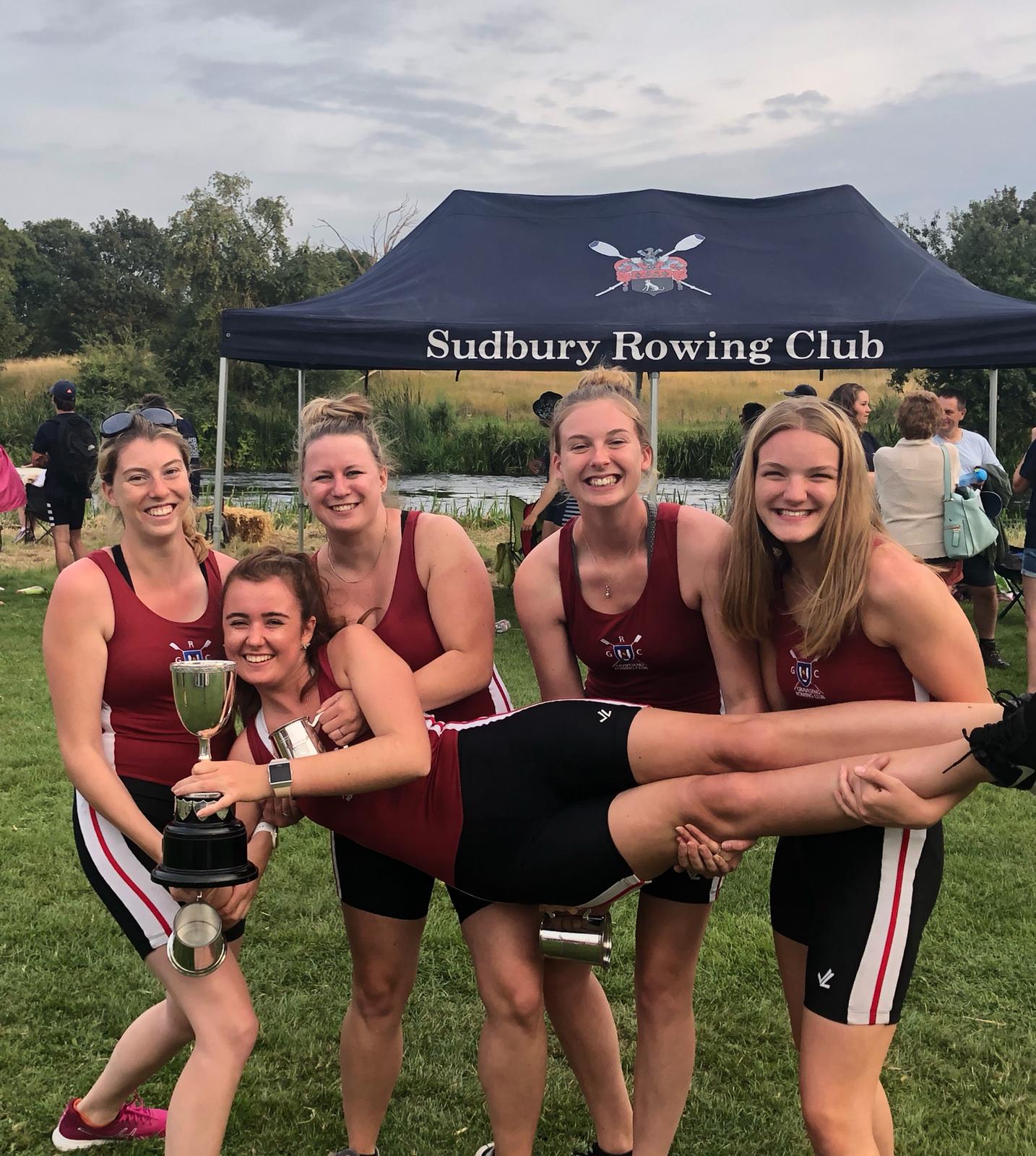